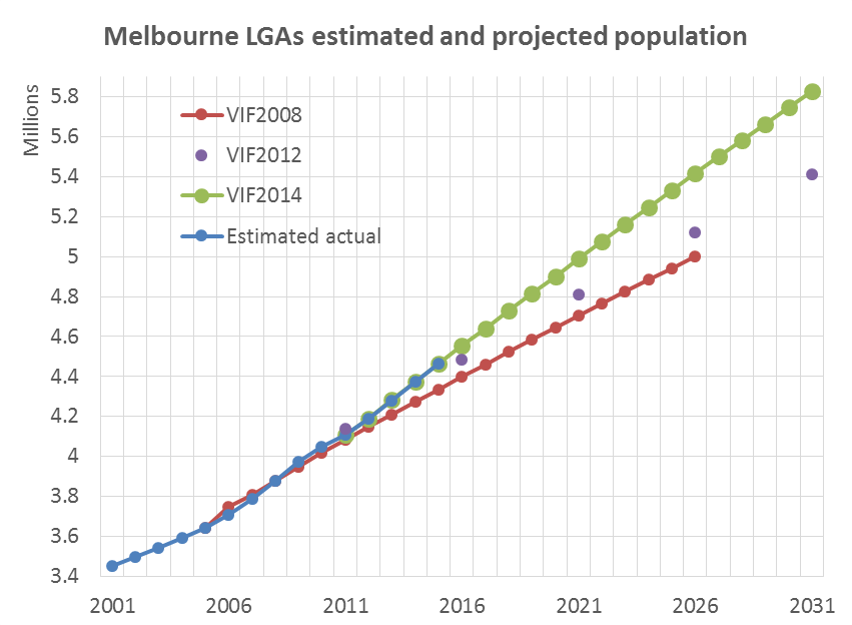 Melbourne's population has been booming for a decade, but not like this. In the year to last June, the Bureau of Statistics estimates that almost a third of Australia's population growth crowded into Melbourne – 108,000 more people.

No Australian city has experienced growth on this scale before.

In effect, three in every eight new residents of Australia are choosing Melbourne or inner Victoria

We are taking 37 per cent of the nation's population growth.

In just 15 years, Melbourne's population has grown by a third. The Bureau of Statistics estimates that in the 10 years to June 2016, the population of greater Melbourne grew by 880,876, or 23.4 per cent. In a decade, the city added almost a quarter to its population.

But most of the popular inner suburbs such as Malvern, Fitzroy and Richmond etc have quite strict height restrictions, meaning oversupply will be unlikely in these areas, especially given site for new development are very hard to find.

These are prime areas to make real estate investment in.

Another tip for investors is to buy along tram or train routes.

Planners such as Melbourne City Council's Rob Adams have long urged redevelopment around railway stations and along tram routes to maximise the opportunities for population growth to be located where it can be best served by public transport, rather than forcing people to use cars in areas where road space is inevitably limited.

That could be the next phase as continued population growth presses in on the middle suburbs and investors able to jump in early stand to gain the most asVictoria's self-imposed restrictions on new transport investment mean many new stations will not happen for 20 years.

So find an apartment that is already on tram or rail lines.

Rapid population growth is a mixed blessing. It adds to the richness and diversity of urban life, but also to its costs and frustrations. It increases pressure on housing prices.

The federal government has set an immigration target of more than 200,000 permanent migrants a year, plus more than a million residents on temporary visas.

Where will all these people live?

Changes are coming...why you should invest NOW