The Property Council of Australia said the election result showed voters had “rejected risky taxation changes at such an uncertain time in the property cycle.”

WHAT DOES THE SHOCK ELECTION RESULT MEAN FOR INVESTORS?

Goldman Sachs predicted a “moderate positive shock to sentiment in the corporate sector and a more meaningful one in the housing sector,” according to the Australian Financial Review.

The immediate impact of the election result should start to be felt by the Australian property market over the next six-to-12 months, says JLL’s Warner.

“We expect that improved confidence will see residential house prices stabilise over the second half of 2019 now, while the very real prospect of the Reserve Bank of Australia cutting interest rates in the next few months could see activity levels improve.”

Needless to say a combination of loosening credit restrictions plus a cut in interest rates, increases the risk of another housing boom which we are sure that is not what the ‘powers that be’ would want, but they may well yet get.

As supply slows,overseas debt investors are starting to look to the country’s commercial real estate market.

Over the past two years, foreign lenders have plugged a financing gap in the residential development market, but regulatory measures to cool the housing market and curb investor lending has affected the housing pipeline, prompting overseas and non-bank lenders to turn to other asset classes.

“Residential lending has been the go-to for people trying to find a niche in Australia. But the coupons are coming down,” says Stuart Crow, Head of Asia Capital Markets for JLL.

Echoing the global trend, the popularity of co-working will continue to influence office design in 2019.

Though, with the number of new flexible office providers (which includes co-working and serviced offices) increasing by 25 percent last year, according to research from Office Hub, competition among providers is expected to intensify.

Developers are expected to tie up with capital partners to get a foothold in Australia’s key industrial markets this year as a shortage of serviced land makes it increasingly difficult to achieve scale and geographical diversification in their portfolios. 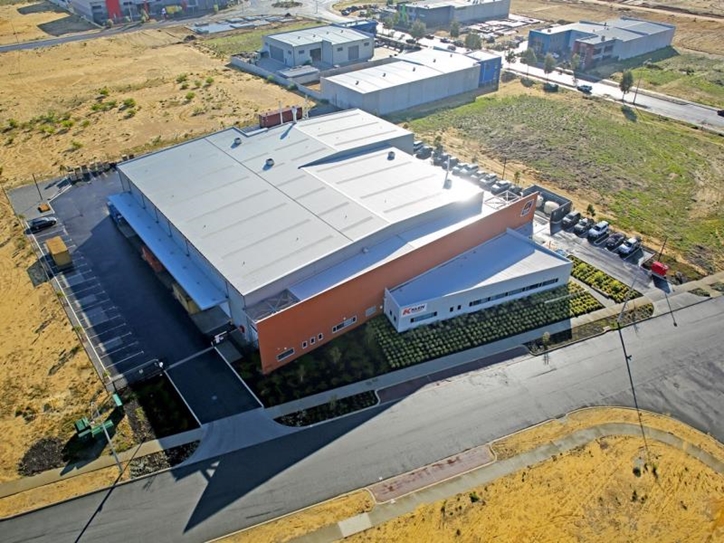 Based on historical industrial supply ratios, approximately 1.57 million square metres in additional industrial space is required in Australia per year over the next decade, according to JLL Research.

However, a dearth of developable land, especially in Sydney’s inner south, which is a high-demand area for e-commerce providers, will make that need difficult to fulfil.

Industrial land values there have increased by about 50 percent over the past 12 months. While good for current landowners, the squeeze will make it difficult for investors to execute on their investment mandates, says Sass J-Baleh, head of industrial research for JLL.

“This year we expect more developers to purchase land and develop product in partnership with capital investors as a workaround to current supply constraints and tightly held assets. We would then expect the joint ventures to recycle their capital into new development projects,” J-Baleh says.

Traditional ideas of the best performing real estate investment sectors in Australia are being challenged by a new study that focusses on risk-adjusted returns, forcing investors to rethink their strategies for income growth.

In Australia, investors have long favoured the traditional retail-logistics-office hierarchy. But, a new ranking exercise by JLL Research that looks at risk-adjusted performance has produced vastly different results.

The study places New South Wales’ warehouses ahead of every other asset class nationally, followed by Melbourne CBD offices, then ‘super and major’ regional shopping centres, for their risk-adjusted performance outlook.

Real estate returns are determined by a risk-free rate, plus an appropriate risk premium. A lower risk-free rate implies returns will be significantly lower.

The current ranking reveals returns that are 4 to 5 percent lower than the “eye-watering” double-digit performance the industry saw between 1994 and 2017.

The current divergence between asset classes and geographies across Australia would lead some market watchers to believe that “this is not a normal cycle”, Ballantyne says.

“The message here really is that asset management skills will become more important for maintaining the performance of diverse portfolios over a long period of time, rather than just riding a cycle down with retail and logistics, which is what we saw between 1994 and 2007.”

The difficult lending market locally has caused developers to shift their focus from high-density large scale projects to small-medium density developments, or to defer their projects to the next cycle, according to JLL’s Head of Residential Development in Australia, Troy Linnane.

For more details on how to invest in the commercial market with low entry costs and low taxes and fees, go here.

In the meantime for those looking to get a good return on their money, an exposure to the residential property market, while they wait and watch, should consider a small syndication.

When this occurs, home sellers who have been putting off upgrading or downgrading their homes in fear of not being able to sell at a reasonable price, will return to the markets.

House prices in Sydney and Melbourne fell 0.7 per cent and 0.6 per cent in April, CoreLogic figures released earlier this month show, bringing their annual declines to 10.9 per cent and 10 per cent respectively.

TSydney and Melbourn are now 14.5 per cent per cent and 10.9 per cent down from their respective peaks in July and November 2017, according to CoreLogic data.

“I can’t see anything that is looking more negative as we head into the second half of the year,” she said. “There’s nothing really negative on the horizon now.

“The thing that will really push it will be if we see an interest-rate cut, and I think that will stimulate the market and get things moving.”

Because Labor had been widely expected to win the election, CoreLogic head of research Cameron Kusher says the decline in the market may have factored in the changes to negative gearing and capital gains tax.

AS mentioned above, the loosening credit restrictions plus a cut in interest rates is highly likely to stimulate the market again, and we may now be passed the “bottom” in Sydney and Melbourne.

The shock result has wide-ranging implications for a slew of listed companies, from banks to builders and resources firms, with Labor's plans now dead.

Property-related shares, banks and retail shares could be the key beneficiaries.

"Against this though the Australian share market has already performed pretty well over the last few months and is likely be dominated by issues around global trade, slowing growth, interest rates and the iron ore price and so will quickly move on from the election I suspect," Mr Shane Oliver, Chief Economist of AMP Capital said.

"Markets hate uncertainty and now you've just ripped all that uncertainty out of the market. Buy everything," he said.

The big four banks and private health insurers are surging, leading strong share market gains on the back of the Morrison Government's re-election.

The ASX 200 share index closed 1.7 per cent higher at 6,476 — its highest level since late-2007, when the global financial crisis was brewing, and just below its record high.

The market was driven higher by strong gains for the financial sector.

iThe analysts noted that the potential for negative consequences from Labor policies were already priced in ahead of the election, due to polls overwhelmingly pointing to an ALP victory, and have already been unwound.

The property sector also emerged from the election as a winner, with the threat of negative gearing restrictions removed — listed real estate agency McGrath jumped 19 per cent to 25 cents.

READ MORE ON THE PROPERTY CYCLES