September 2022:While some segments of the property market are cooling, real estate experts agree there’s one type of buyer right now still very eager to deal.

From Sydney to Perth and Brisbane to Hobart, families are driving intense demand for quality dwellings in leafy pockets close to schools and lifestyle amenities.

Despite some uncertainty in the market sparked by interest rate rises, PropTrack economist Angus Moore said many family buyers might be in a good position to buy.

“Given the rapid growth in prices we've seen in recent years, many households are sitting on significant equity gains and may find themselves with enough of a deposit to be able to upgrade sooner than they might have otherwise planned,” Mr Moore said.

These are the areas in each major capital that property experts say are proving to be family hotspots.

Kevin Chokshi from Ray White says Cheltenham has become a major family hotspot thanks to the bang for buck it offers. The median house price of $1.28 million and median unit price of $654,500 are more affordable than neighbouring pockets, without sacrificing any of the amenity or convenience.

“It’s close to the water, still close to the city, and has really, really good schools close by, both private and public,” Mr Chokshi said.

“By comparison, it’s still somewhat affordable and so the value on offer and the exceptional schools are bringing in the families.” 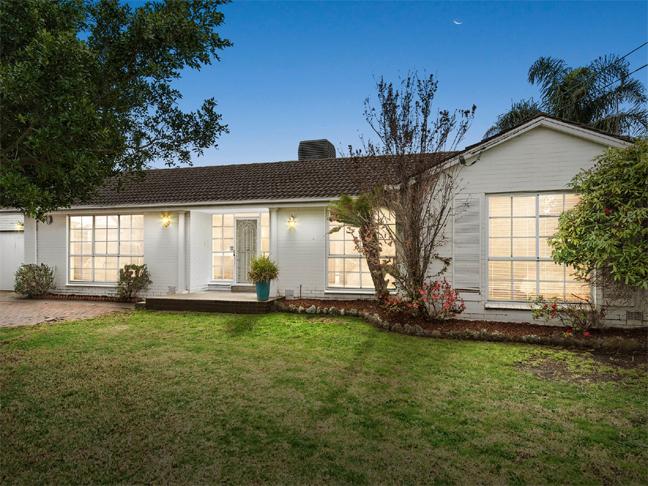 A family friendly home currently on the market is a renovated three-bedroom property with a good-sized backyard, with a guide price of $1.1 million to $1.15 million.

Located 13km southeast of the CBD, Mr Wargent said the area is popular thanks to its proximity to the city and abundance of good schooling choices.

“Being close to Brighton Beach, it's an affluent area, so it does come with a price tag,” he said.

And it’s in the attached dwelling market that buyers on a budget could find good value, Mr Wargent said.

“Increasingly, there are medium-density options such as townhouses that families may also choose to live in.” 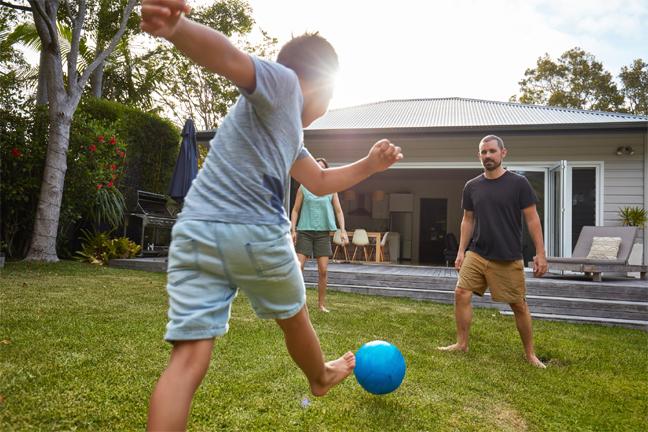 Leigh Kelepouris from  Ray White  said Oakleigh had boomed in popularity with families thanks to its location and amenity.

“A lot of younger families are coming in – people who are looking to move into that area are doing so for the great schools but also the lifestyle and convenience.”

Access to the city is a breeze thanks to the train link as well as Dandenong Road and the freeway, he said.

The median house price is $1.51 million and the median unit price is $627,500, according to PropTrack data.

Currently on the market is this three-level townhouse at offering modern design and lots of space for a guide price of $950,000. 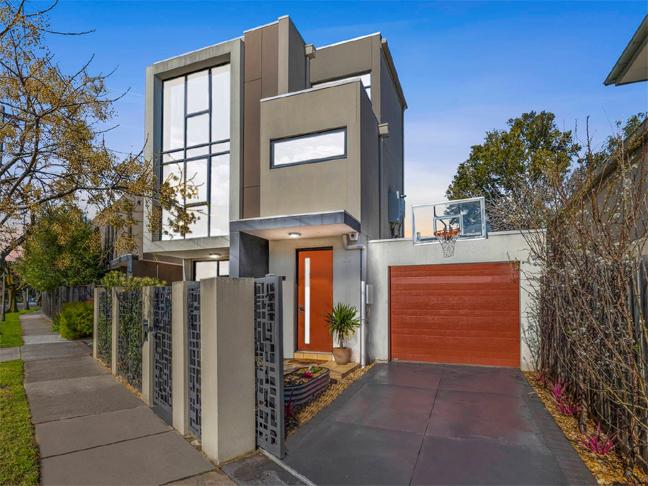 This three-bedroom townhouse is for sale.

The area’s proximity to the CBD, its pleasant bayside lifestyle, an abundance of parks and green spaces, and the selection of public and private schools make it increasingly popular, he said. 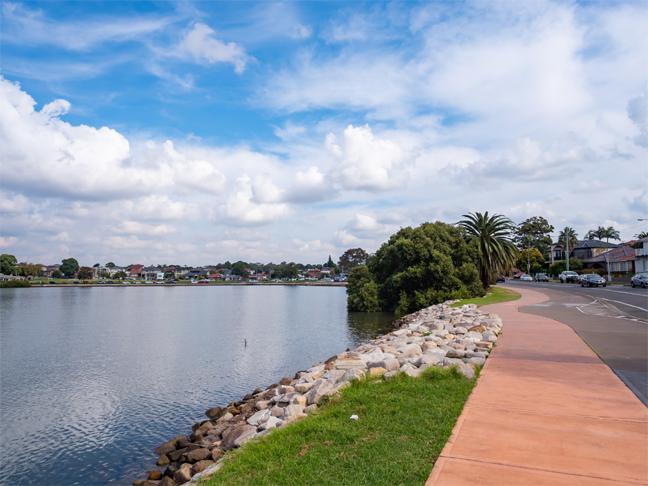 The bay run is a popular feature of this part of the world. Picture: Getty

Slow but steady gentrification around the Great North Road precinct, including a new Metro station, will add further fuel to the fire and dramatically improve accessibility in Five Dock.

The Hills District of Sydney has long been known for its strong appeal to family buyers, but recent trends have seen is explode in popularity.

Homebuyers wanting more space and better bang for buck, while living a relaxed lifestyle, were high priorities during the Covid years – and Castle Hill ticks all those boxes. Apartments are very affordable in Castle Hill  also, priced below $900K. 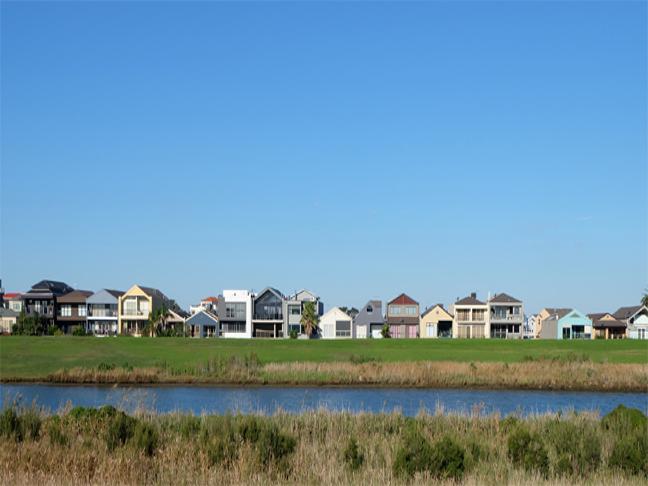 A classic brick family home with a host of modern features.

Alex Pattaro, Ray White’s chief auctioneer in New South Wales, said the leafy pocket 40km from the CBD remains in high demand while other parts of the Sydney market are cooling.

“The market in the north-western suburbs is performing particularly well, especially with homes around the $850,000 to $1 million mark,” Mr Pattaro said.

“In Quakers Hill, A-grade stock is selling fast because demand from families is so strong. They want something they can move straight into – those top tier homes.” 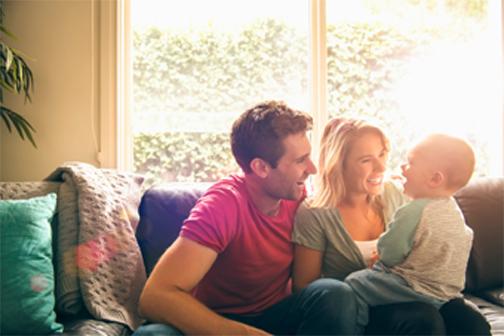 Killara has a hefty median house price of $4.25 million but a median unit price of $1.07 million.

Apartments and townhouses offer options for families with a smaller budget.

“There is excellent train access to the city, and there are also good amenities nearby at Gordon,” Mr Wargent added.

As well as boasting good train and road connections to the CBD, Brisbane’s bayside region is sought-after among families. it boasts relatively affordable homes available in the sub $1 million price range.

The suburb benefits from myriad good local amenities, such as the revamped Wynnum Plaza, the attractions of Manly harbour and the Wynnum bayside foreshore, along with quality schools. 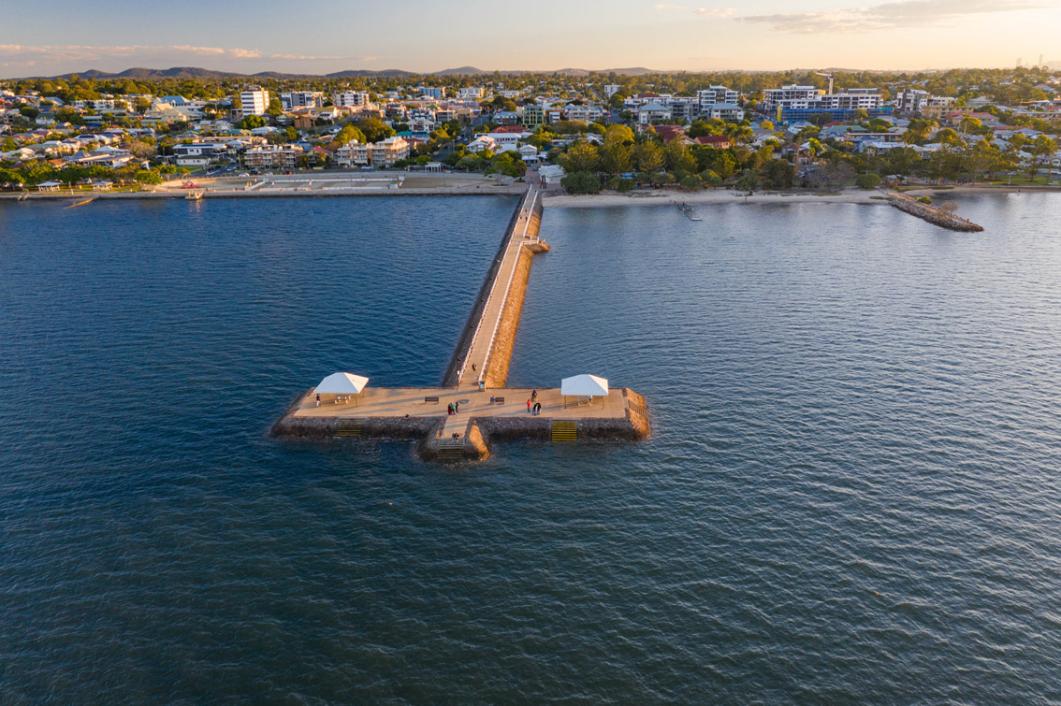 The Brisbane suburb of Wishart has become very popular for family buyers in the Sunshine State’s southeast corner.

Alhough it’s a decent distance from the city, 15km or so, the drawcard is the school catchment area for Mansfield State High School.