Everyone told me it was the WRONG TIME to buy property in Australia – and they were right!

Everyone told me it was the WRONG TIME to buy in Australia – and they were right!

“Australia’s house prices are overvalued, and will crash”

“There is a Bubble in the Australian house market”

You've probably heard all of these - and more.

It's mostly well-meaning but completely uninformed.

While there is certainly truth in the fact the world is very uncertain, the reality is this:

In the mid 1980's I started my business marketing Australian property in Hong Kong, and was MUCH younger and WAY less experienced. But It was going very well.

Yes, it was all going very well, until one fateful day.

I THOUGHT MY CAREER WAS OVER BEFORE IT HAD EVEN BEGAN.

On that day, stockbrokers in New York, London, Hong Kong, Berlin, Tokyo and just about any other city with an exchange stared at the figures running across their displays with a growing sense of dread. A financial strut had buckled, and the strain bought world markets tumbling down. 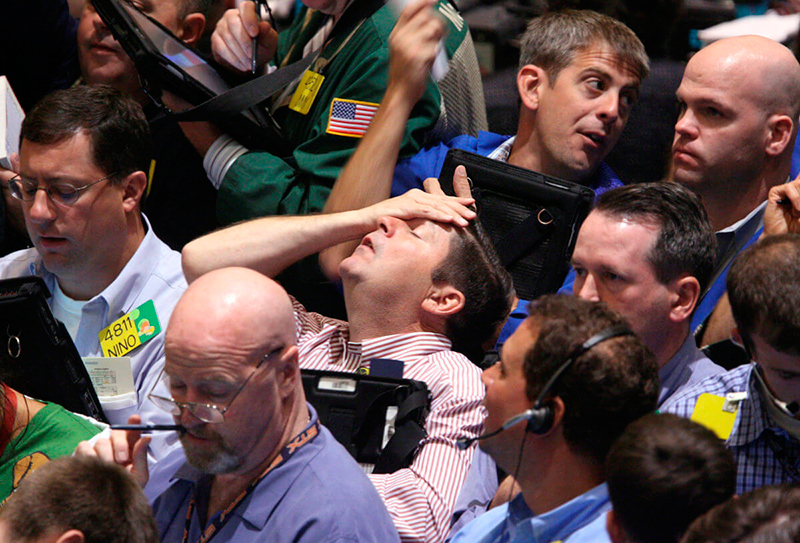 All of the 23 major world markets experienced a sharp decline.

I was opening a NEW revolutionary business in HK, one nobody had done before - selling Aussie properties to HK buyers sight unseen.

And two of the three markets that declined by more than 40% mentioned above were HK and Australia!

There was world panic.

I was told “you’ve joined the (real estate) industry at the worst possible time” and I thought so too.

The severity of the crash sparked fears of extended economic instability or even a reprise of the Great Depression.

It’s not the time to invest in real estate the experts said.

But then something strange happened.

My business took off!

You see there was a “flight to safety” as investors raced into real estate, even though Australian interest rates were around 13.5%, and rental yield in Sydney was around 9%.

So there was a 4% to 5% difference in COST OF FUNDS VS RETURN.

The Sydney market was on fire, and my business in HK was going through the roof!

I was featured all over the media including this story in the Sydney Morning Herald in June 1998:

Then, less than a year later, my world was gain thrown upside down,

Interest rates were in the double-digits throughout the 1980’s, because inflation was also very high (mostly between 6-10 percent in the second half of the 80’s).

However, things took a nasty turn when the average standard variable mortgage rate jumped from 13.5 percent in June 1988 to 17 percent in June 1989, and unemployment was 6% and heading to 11%, and by July 1990 Australia was in recession.

This is what that 1989 downturn looked like — short and sharp in Sydney and Perth, and lingering in Melbourne (which didn't get back to its late-80’s peak until 1997).

But if you never read anything else I've written, please read and apply this.

Then in the early nineties we had a full recession in Australia.

And low inflation with the headlines all saying values could never rise if inflation is low.

Then in the late 1990’s accelerated depreciation on property investments was removed, and major changes to Capital Gains Tax were introduced.

Without tax benefits property investing is over they said.

In 2008 there was the global financial crisis, and the collapse in house prices was predicted. 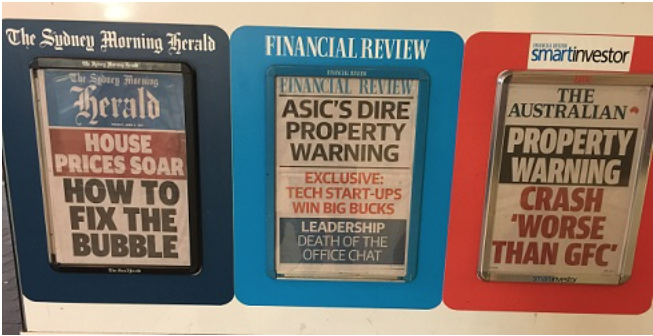 Then China - Australia’s largest trading partner- faced its own stock crash also in 2015.

It’s going to be an absolute disaster for property in Australia they said.

By 2017 prices had reached "unprecedented levels" and the experts suggesting waiting for prices to fall before buying. s

There are no loans available, it’s not a good time to buy. Prices won’t rise.

The onset of Covid in 2020 bought more doomsday forecasts and that now was NOT the right time to put any money into property. 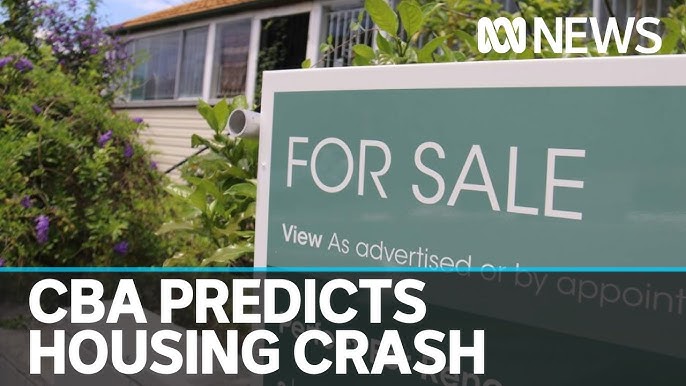 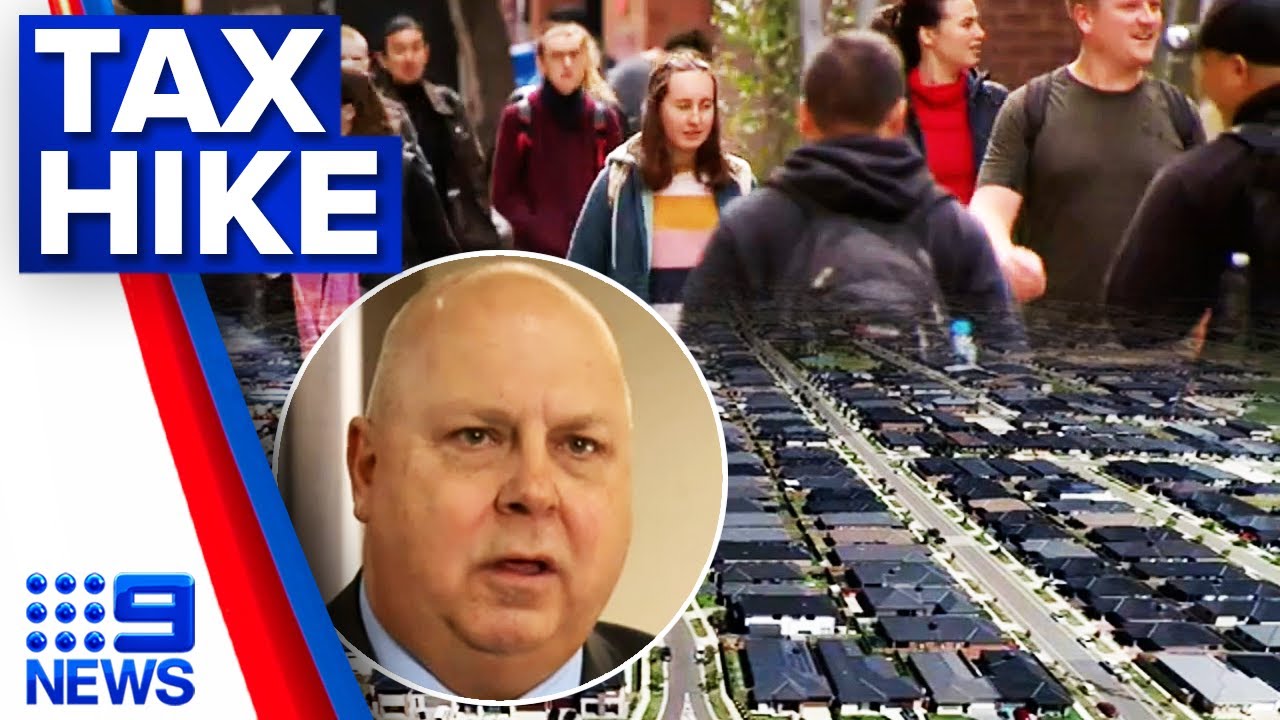 Consistently for the past 35 years "experts" have been telling me that it is a mistake to buy now in Australia as "the time is not right".

You see this is the truth:

There is no “best” time or “worst” time to buy property.

So rather than just talking about going out and buying a property, the right time for you to consider investing is when you can afford to.

In other words, perhaps it's better to buy when it suits you financially, when you have the deposit, when you have reliable income, not when it's "the right time".

If you wait for the “right time” to buy you’ll never buy anything at all.

But the fact is, any time could be the worst time for you personally to buy a property… or it could be the best time to buy.

It truly depends on your own goals, budget, timeline, risk profile and circumstances as to whether this is the year to buy.

But assuming you have sought out the right research, and have the deposit and access to financing, perhaps it would be more correct to say the biggest mistake you can make is not to own any property at all.

I have been personally helping many others recently secure their own piece of Australia through my exclusive and affordable buyers service.

Where I assist people through research and my vast experience to help make sure they don’t make an expensive mistake and purchase at a fair price in today’s market.

If you want an even more detailed discussion of these concepts, schedule a free 30-minute consultation with me by going here.

READ MORE ON MY BLOG